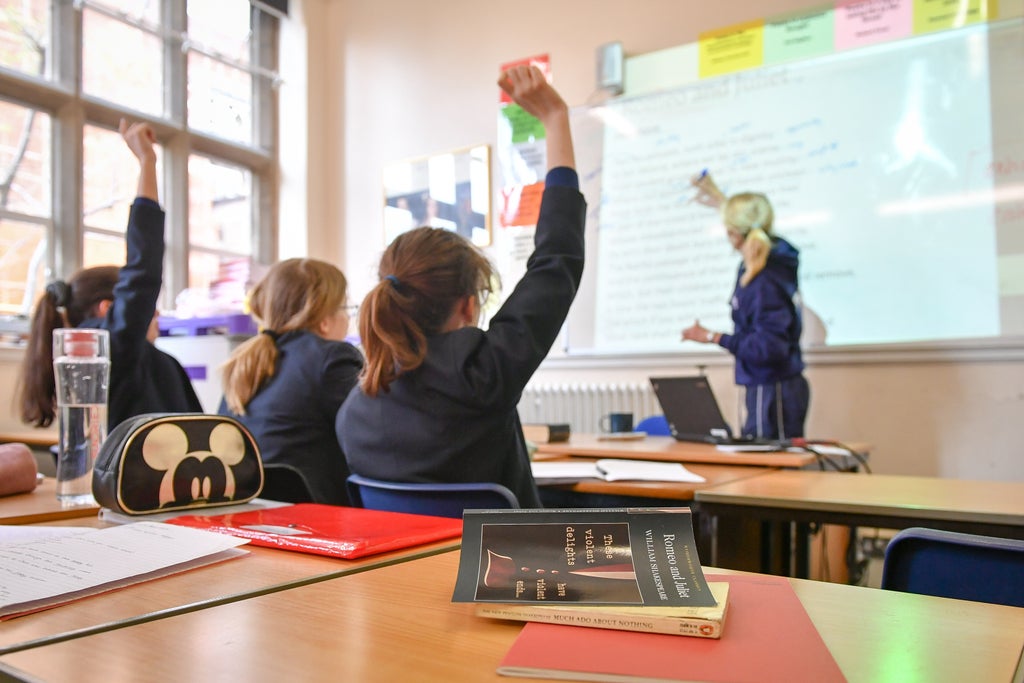 Two-thirds of primary head academics have reported receiving inadequate funding to assist pupils catch up at school following disruption attributable to the coronavirus pandemic, in line with a brand new survey.

The survey, by the Sutton Trust, has revealed that 68% of primary college senior leaders reported receiving inadequate catch-up funding this year.

Secondary college heads reported being much less affected, with 53% reporting that funding had been enough.

However, a big quantity of secondary college heads reported making cuts, together with 24% reporting cuts to instructing workers, 28% to assistants, and 31% to assist workers (31%).

The survey additionally discovered that 33% of college heads reported dipping into the pupil premium fund for poorer college students to plug gaps of their normal price range.

“Today’s polling shows that schools are facing monumental challenges as a result of the pandemic, with schools having to cut crucial staff and support for pupils,” he stated.

“With all these ongoing pressures, dedicated funding for poorer pupils through the pupil premium is more crucial than ever. It’s a disgrace that a third of heads still report using pupil premium funding to plug budget gaps.

“The Government must make an enormous investment in education recovery so that all pupils are given a chance to succeed”.