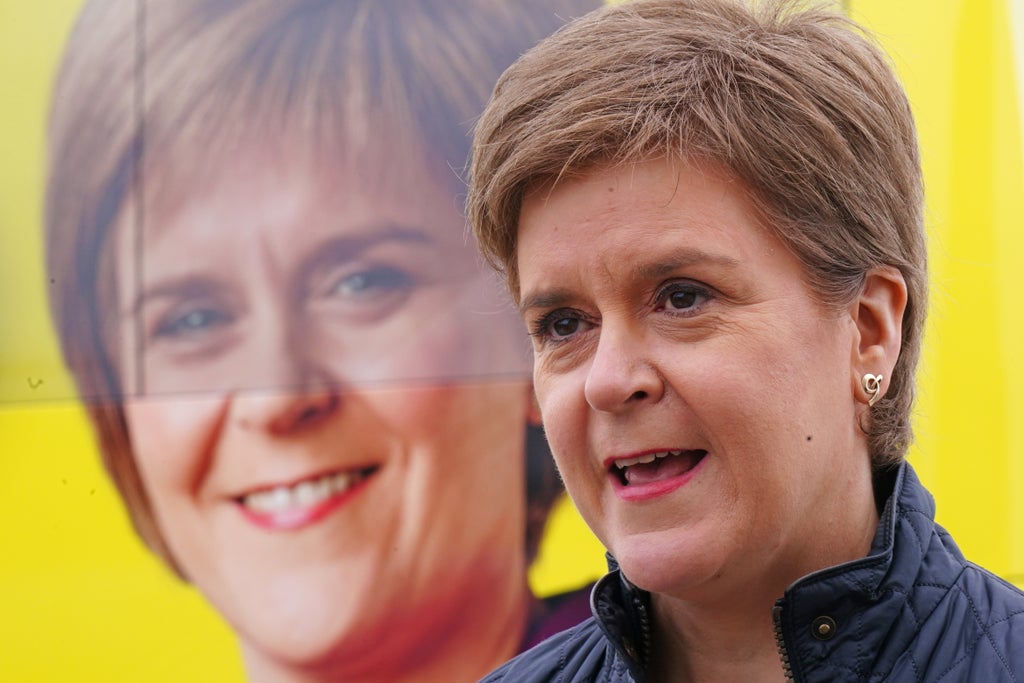 First Minister Nicola Sturgeon has questioned Scottish Tory chief Douglas Ross’ willingness to arise to the Prime Minister after his assist for sending some asylum seekers to Rwanda.

Home Secretary Priti Patel signed a take care of the African nation on Thursday, claiming the asylum system is “collapsing under a combination of real humanitarian crises and evil people smugglers”.

Speaking to the PA information company on Friday, Mr Ross stated the coverage would assist to deter folks traffickers.

But Nicola Sturgeon hit out on the Tory chief’s assist, telling journalists: “Douglas Ross earlier this year for what seems like five minutes tried to pretend that he had an independence of thought from Boris Johnson and the UK Government, but any illusions about that I think had been completely shattered by him.

“If he can’t even find it within himself to stand up and speak out against a policy as disgusting as this then I’m not sure what he will be able to stand up to Boris Johnson or the UK Government on.”

The First Minister additionally reiterated her outrage on the coverage, which she described as “disgusting and despicable”, including: “I don’t think it will be effective.”

“More than all of that I think it is one of the most unethical, shameful policies I’ve seen from a UK Government and that’s a big big statement for me to make,” she continued.

“It’s bad on its own terms, but the fact that it is being set out at a time when, clearly, the motivation is to distract from partygate I think deepens that sense of disgust people will have and that it’s been deliberately used to try to stoke some kind of culture war.”

Speaking at a marketing campaign occasion in Clarkston, East Renfrewshire on Friday, Mr Ross stated: “We’ve seen lives being lost with this illegal trafficking so the proposal is to try and do something to stop the 28,000 people who made that crossing in the last year.

“Over 90% of those are single men, they’re coming over here as economic migrants and it’s to try and break that link to prevent and deter them from doing that because remember they’re coming from France.

“They’ve already reached a safe country but they’re trying to come to the United Kingdom and they’re encouraged to do so by illegal human traffickers who are making thousands upon thousands of pounds out of their illegal activity.

“Anything that can be done to try and deter that and minimise the number of people making that dangerous crossing is something we have to look at.”

But he acknowledged that issues over Rwanda’s human rights document would wish to be addressed, including: “We also have to listen to and respond to the legitimate concerns that have been raised, particularly about the human rights in Rwanda, where these people are going to to have their asylum verified and considered.”

Liz Truss condemns ‘abduction and deportation’ of Ukrainians into Russia