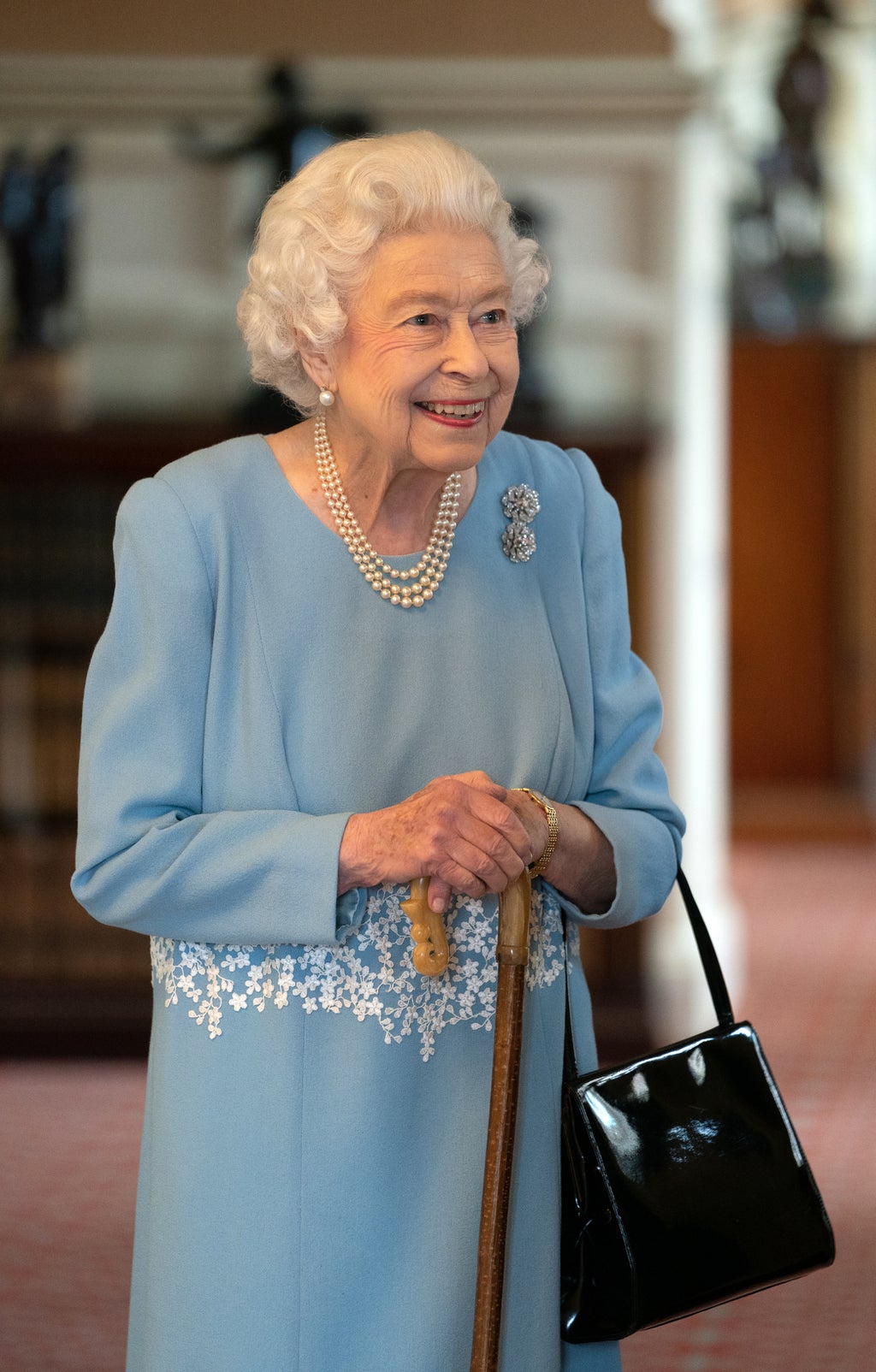 The Queen has spoken about her bout of Covid, saying it left her “very tired and exhausted”, as she sympathised with a former virus affected person who lost his brother and father to the sickness.

The monarch examined optimistic for Covid in February and, regardless of having what Buckingham Palace stated have been “mild cold-like symptoms”, was decided to hold out what duties she may.

She later overcame her bout of the virus and described the expertise during a digital go to to the Royal London Hospital on Wednesday, to mark the official opening of the medical establishment’s Queen Elizabeth Unit.

During her video name with employees and medical employees, the Queen listened to their tales of dealing with the large inflow of Covid sufferers, and was informed by one senior nurse “we held their hands, we wiped their tears and we provided comfort”.

Around 800 individuals from throughout north-east London have been handled on the 155-bed Queen Elizabeth Unit, inbuilt 5 weeks to satisfy the demand as an alternative of the traditional time interval of 5 months, and the Queen hailed the Dunkirk spirit that impressed the development group.

Speaking to former Covid affected person Asef Hussain, and his spouse Shamina, the Queen stated in regards to the virus:“I’m glad that you’re getting better…It does leave one very tired and exhausted, doesn’t it? This horrible pandemic. It’s not a nice result.”

Mr Hussain was the third member of his household to be admitted to hospital with Covid after they turned sick in direction of the top of December 2020. His brother died first and then his father, who handed away whereas Mr Hussain was on a ventilator.

The Queen was informed his spouse referred to as the ambulance after he had struggled to catch his breath, and Mr Hussain added: “I remember waking up one morning and just finding it really, really difficult to breathe.

“I remember waking my wife saying that I feel like there’s no oxygen in the room. I remember me sticking my head out the window, just trying to breathe, trying to get that extra oxygen.”

He was ultimately placed on a ventilator for seven weeks on the Royal London Hospital, and continues to be recovering, having lately disbursed together with his wheelchair however now utilizing a transportable oxygen machine.

Mrs Hussain informed the Queen at one level there have been 500 associates and household from internationally on a Zoom name praying for her husband, and the monarch lightened the temper and made the couple smile when she requested: “So you have a large family, or a large influence on people?”

The situation of households and associates being unable to go to family members being handled in hospital was mentioned a quantity of instances during the Queen’s video name with hospital employees, and at one level she stated: “Of course not being able to see your relative was very hard.”

Mireia Lopez Rey Ferrer, a senior sister who has labored on the hospital in Whitechapel, east London, since 2008, informed the Queen about their dedication to the sufferers.

She stated: “As nurses we made sure that they were not alone. We held their hands, we wiped their tears and we provided comfort.

“It felt at times that we were running a marathon with no finish line.”

She added: “I look back to the last 18 months with great pride, pride not only in the care we provided to each and every single patient, that was in one of our hospital beds, but pride in each member of staff that every day they left their families at home despite their fears and worries and they came to work.”

Polly Fitch, a scientific psychologist who ran the unit’s household help group, described how data was put beside sufferers beds so medical employees knew their backgrounds and Imam Faruq Siddiqi, a chaplain who is a component of the hospital’s multi-faith group, stated his presence was seen with a way of “hope” by households.

The head of state, who’s the hospital’s patron, stated to the Imam: “It was obviously a very frightening experience to have Covid very badly, wasn’t it?”

At the top of the decision, the the Queen chatted to the development group who created the unit on the hospital’s 14th and fifteenth flooring in fast time, and informed them: “It is very interesting, isn’t it, when there is some very vital thing, how everybody works together and pulls together – marvellous isn’t it?”

When the group hailed the “Dunkirk spirit” that impressed them, the monarch replied: “Thank goodness it still exists.”