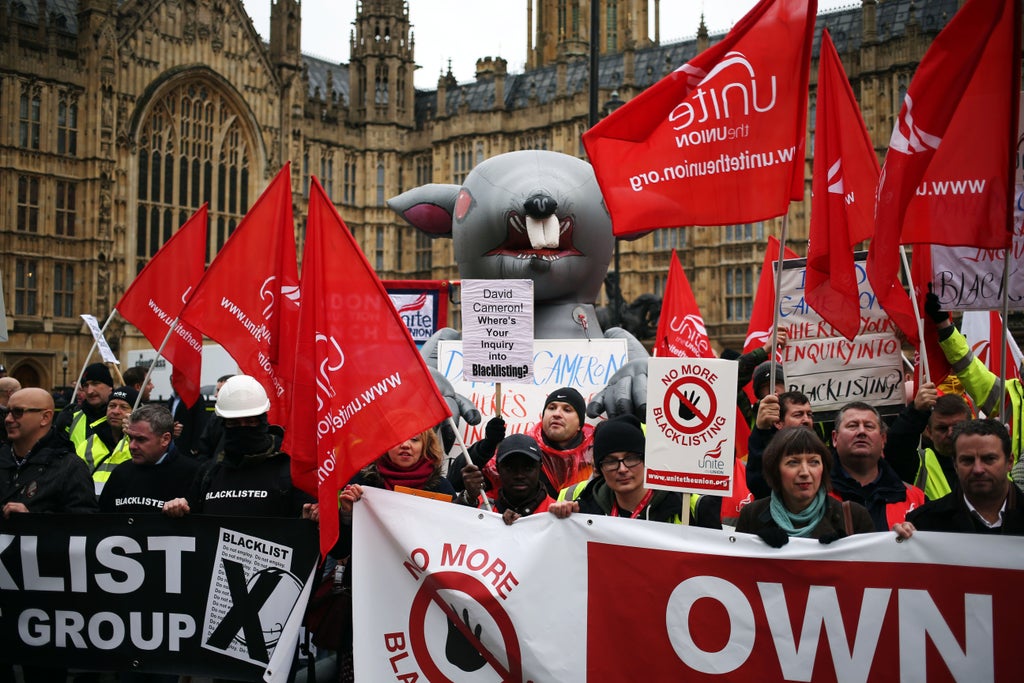 Unite has appointed a QC to investigate possible collusion by union officers in the blacklisting of building employees.

Unite stated that over the previous months, proof gathering by Thompsons solicitors has continued, with many blacklisted building employees and different witnesses interviewed.

Unite basic secretary Sharon Graham stated: “Under my management Unite is dedicated to uncovering the reality about allegations of union collusion with blacklisting.

“The workers affected and their families deserve to know the truth and I hope that this QC-led independent inquiry will get to the bottom of what really happened.”

Dave Smith, secretary of the Blacklist Support Group, commented: “Blacklisted employees have lengthy demanded motion that any investigation into union collusion in blacklisting have to be utterly impartial from Unite and their very own authorized crew.

“The Blacklist Support Group applauds the appointment of such heavyweight and independently minded legal professionals.

“It is a transparent indication that this investigation won’t flip a blind eye to any proof that exposes an unhealthy tradition inside Unite or its predecessor unions.

“The collusion investigation is neither mudslinging nor a whitewash – this is a robust independent process to uncover the truth.

“The Blacklist Support Group repeats our call for anyone with evidence of union collusion in blacklisting to make contact with the investigation team.”

The blacklisting scandal dates again to 2009 when an inventory of names have been discovered in a file compiled by the Consulting Association.

Thousands of employees have been on the checklist, usually for being a union member or for elevating questions of safety.

Many stated that they had problem discovering work after being blacklisted by building employers on account of the checklist.

Cost of living squeeze: Chaos as shop prices soar to highest level for over a…