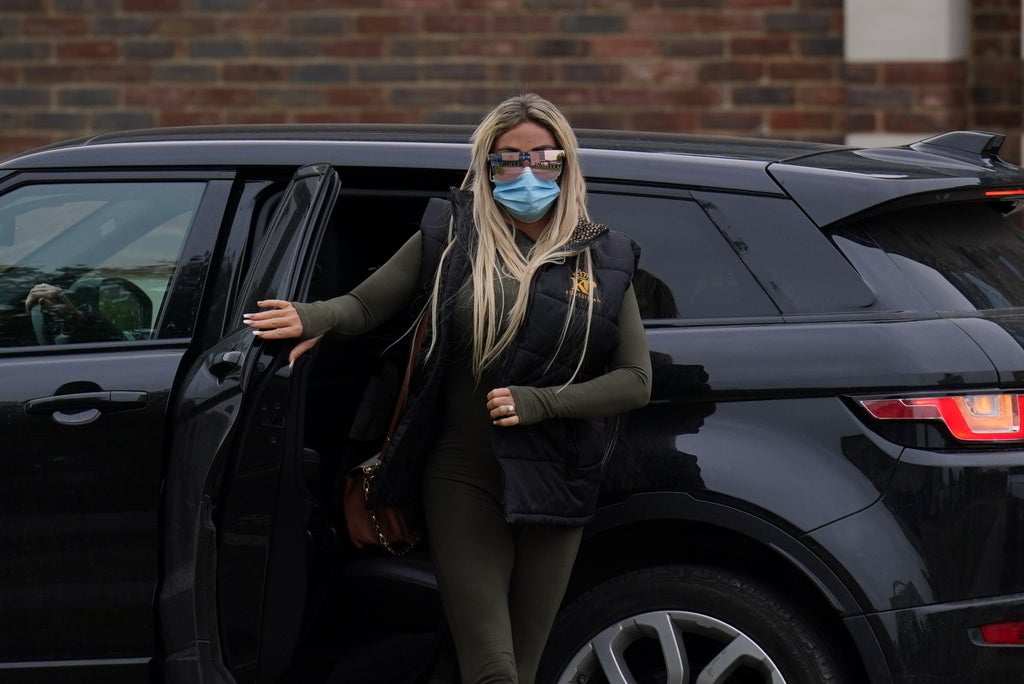 Katie Price has pleaded not guilty to harassment of her ex-husband’s fiancee.

Appearing in Crawley Magistrates’ Court on Wednesday, the fact star denied that she despatched an abusive text to her ex Kieran Hayler about his new companion, Michelle Penticost.

The court docket was informed she allegedly branded Ms Penticost a “c***ing w***e” and a “gutter s**g” in breach of a restraining order.

Price faces a most sentence of 5 years in jail if convicted.

The five-year restraining order was imposed on Katie Price in 2019 after she verbally abused Ms Penticost. She is now forbidden from contacting Ms Penticost “directly or indirectly”.

The court docket heard that Price’s message to her ex Mr Hayler might have been triggered by an Instagram put up by Michelle Penticost, which Ms Penticost denies was aimed toward Price.

“She has a restraining order so shouldn’t try antagonise me as she is in breach and I’m sure she doesn’t want people knowing that she was having an affair with you behind my back. That g****r s**g.”

Joe Harrington, defending, mentioned: “The issues relate to her mental health and the triggers which led to sending that message.”

District Judge Amanda Kelly mentioned the offence carries a most sentence of up to 5 years’ imprisonment and warned Price: “You are in really grave danger of going to prison.”

She mentioned: “This is a very serious allegation in which it is alleged you used indirectly vile and nasty language towards Ms Penticost, someone you were prohibited from contacting directly or indirectly by a restraining order.”

A plea and trial preparation listening to will happen at Lewes Crown Court on 25 May.