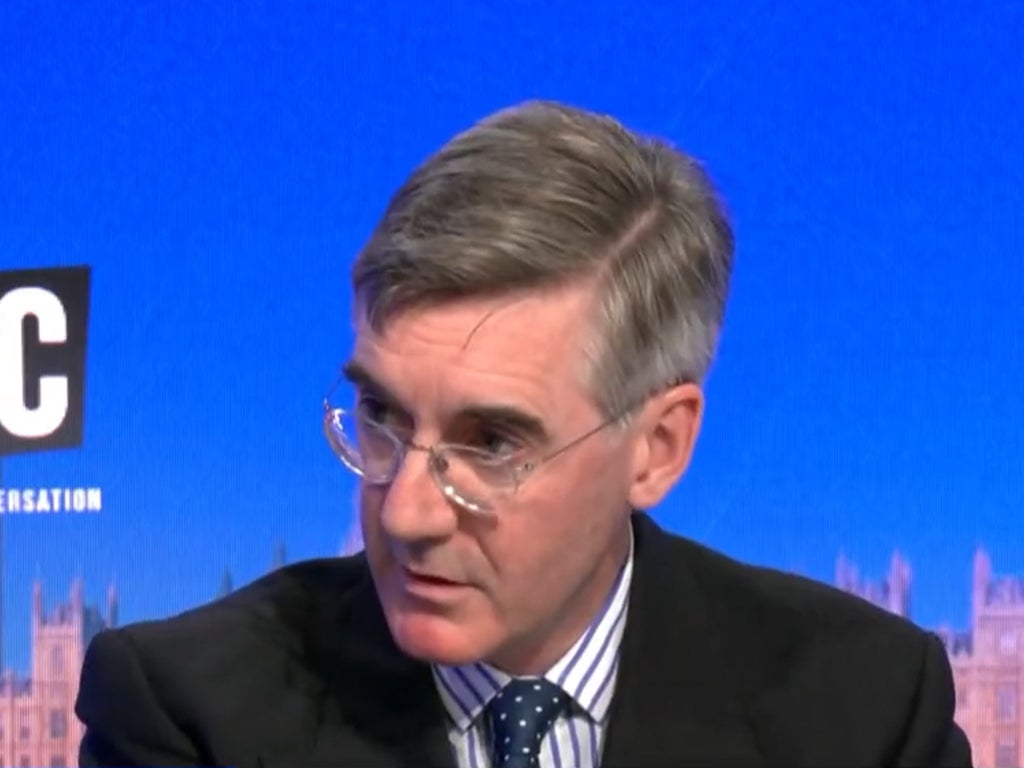 Jacob Rees-Mogg has mentioned individuals must “get perspective” after broadcaster Andrew Marr spoke about his “intense anger” about his father’s death on the identical time lockdown-breaking events had been held in Downing Street.

On the Tuesday version of his LBC programme Tonight, simply hours after Boris Johnson apologised in the Commons for breaching lockdown guidelines, Mr Marr mentioned: “I buried my father on the week that one of those parties took place and it was a party.

“He was an elder of the Church of Scotland – that church was locked and barred. We had a small gathering, most of the family weren’t there. The other parishioners he would have loved to be there weren’t allowed to be there because we followed the rules.

“And I felt intensely angry about that – and I do not regard this as fluff.”

Mr Rees-Mogg, the federal government’s Brexit alternatives minister, at first averted responding to the presenter’s level, as a substitute saying it was a “great mistake” to shut church buildings.

He went on: “What is happening now two years on against what’s going on in Ukraine, what is going on with the cost of living crisis, one has to get a sense of perspective.

“What is going on in Ukraine is fundamental to the security of the Western world. And you are comparing this to a fine issued for something that happened two years ago.”

Mr Marr, who lately joined LBC after 22 years on the BBC, pressed Mr Rees-Mogg on his use of language in response to the Partygate revelations, which he had dismissed as fluff.

He mentioned: “I’m really sorry but thinking about what happened to my family, and I only use that because it happened to so many others up and down the country … we find, I would say, that word fluff quite offensive.”

The minister ultimately mentioned he didn’t remorse utilizing the phrase fluff, regardless of the prime minister now having been fined by police.

He mentioned: “I still think that in comparison with the war in Ukraine … a fine for something that happened two years ago is not the most pressing political matter. The Daily Mail headline said ‘don’t forget there’s a war on’ and this is something we have to remember – we need a sense of perspective”.

He added whereas the prime minister was sorry to bereaved households, “all deaths are sadnesses” together with these not attributable to Covid.