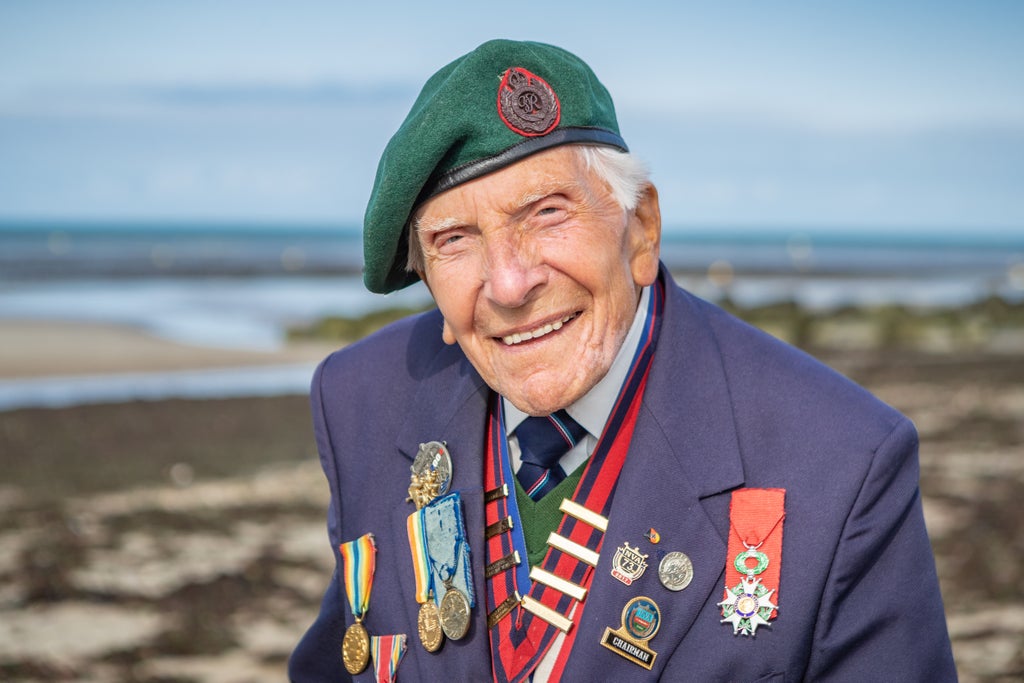 Mourners will collect to pay their respects for D-Day veteran Harry Billinge as his funeral takes place.

Mr Billinge, who died earlier this month aged 96 after a brief sickness, was simply 18 when he was one of many first British troopers to land on Gold Beach in 1944.

He was a sapper connected to the 44 Royal Engineer Commandos and certainly one of solely 4 survivors from his unit. He later fought in Caen and the Falaise pocket in Normandy.

The former Royal Engineer was awarded an MBE after accumulating greater than £50,000 in the direction of a memorial for the 22,442 service personnel killed on D-Day and through the Battle of Normandy.

His household, mates and different veterans are gathering in his hometown on Tuesday in St Austell in Cornwall for his funeral, which is being held at St Paul’s Church in Charlestown.

A guard of honour will line the road outdoors the church and normal bearers will even attend.

The hour-long service can be led by The Revd Canon Malcolm Bowers, and can embrace Nicholas Witchell studying the Eulogy.

Singer and TV presenter Aled Jones will sing the hymn Let There Be Peace on Earth.

On the eve of the service, Margot Billinge, certainly one of Mr Billinge’s daughters, spoke of her pleasure in her father’s life.

“Harry was a very loving husband who always looked after mum. He was steadfast in his love for her,” she stated.

“As a dad, he taught us great values: honesty, kindness, generosity and not to judge.

“Dad was always there to guide us. He was always a very charitable man and collected for the Poppy Appeal for over 65 years.

“When he got the brochure about the British Normandy Memorial in the post, he felt compelled to start collecting. In his efforts to raise money for the memorial, he found great peace.

“The original idea was to collect £1 for each of his comrades that died on the beaches – 22,442. But, of course, it amounted to much more than that. It gave him a purpose; meeting with members of the public kept him going.

“In an interview with the BBC a few years ago on Remembrance Sunday, I recall him saying he just wanted to be remembered as ‘a good old sapper who did his best’.

“He also said, ‘I hope I shall live in the hearts of people who won’t forget Harry’.

“Harry wanted future generations to never forget his comrades who fell in Normandy. If members of the public would like to pay their respects to Harry, we ask that they become guardians of the British Normandy Memorial.

“We would very much like the work towards the Memorial and the education centre to continue in Harry’s name.”

Mr Billinge grew up in Petts Wood in Kent however had been in Cornwall for 70 years after being suggested to go away London for a greater high quality of life.

He arrange store as a barber and have become president of the native golf equipment for the Royal British Legion and Royal Engineers.

Mr Billinge is survived by his spouse Sheila, daughters Sally and Margot, son Christopher and granddaughters Amy and Claire.

Mr and Mrs Billinge had been married for 67 years and had been due to have fun their 68th marriage ceremony anniversary in August.