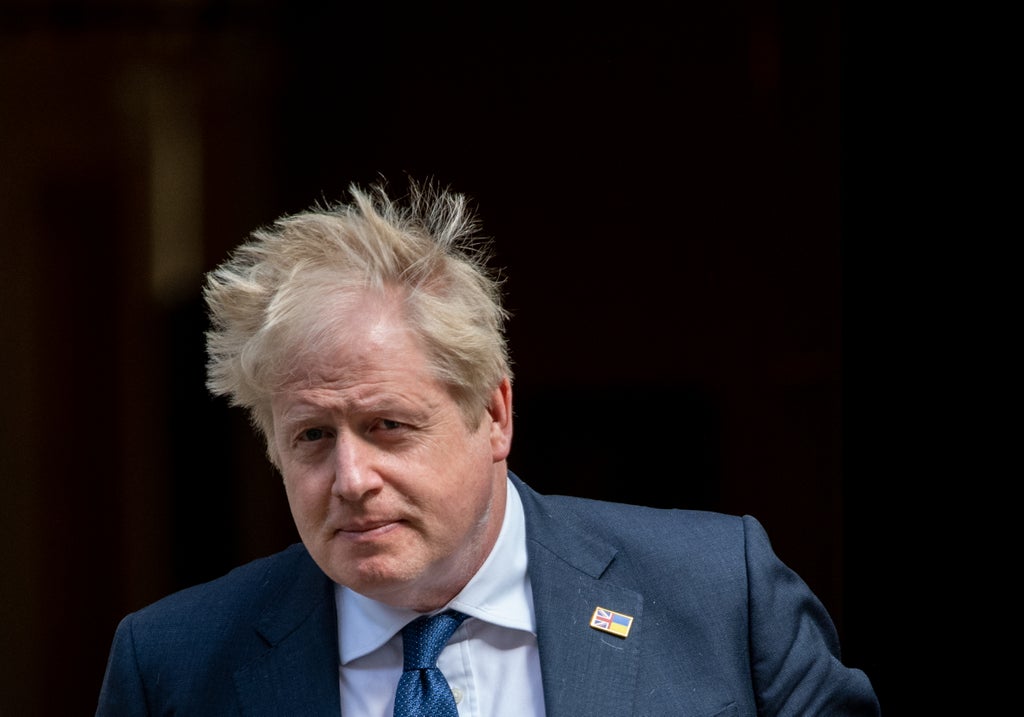 Boris Johnson has threatened to unleash “terrors of the earth” on the Conservative MP who made misogynistic claims about Labour deputy chief Angela Rayner.

An unnamed Tory MP informed the Mail on Sunday that Ms Rayner crossed and uncrossed her legs on the Labour entrance bench throughout PMQs in an try to distract the prime minister.

Mr Johnson described the feedback made about Labour deputy chief Angela Rayner in a newspaper article as “the most appalling load of sexist, misogynist tripe”.

In a King Lear reference, the PM threatened to unleash “the terrors of the earth” on the supply behind the feedback in the event that they have been ever recognized.

Speaking on a visit to Bury, he informed reporters: “If we ever find who is responsible for it, I don’t know what we will do, but they will be the terrors of the earth. It’s totally intolerable, that kind of thing.”

Mr Johnson confirmed that he had contacted Ms Rayner personally to clarify that he views the wild claims as misogynistic. The PM is claimed to have informed her that the story was “not in his name”.

He stated: “I have to say I thought it was the most appalling load of sexist, misogynist tripe. I immediately got in touch with Angela and we had a very friendly exchange.”

The minister stated “efforts will be made” to determine who is accountable for the so-called Basic Instinct declare. But Mr Philip additionally conceded that “journalists fiercely guard their sources and I doubt Glen Owen [Mail on Sunday political editor] will be volunteering that information”.

The Independent Press Standards Organisation (Ipsos) revealed on Monday that it has acquired 5,500 complaints over the Mail on Sunday article which sparked outrage throughout the political spectrum.

Press regulator Ipso stated it was exploring doable breaches of clauses one (accuracy), three (harassment) and 12 (discrimination) of the Editors’ Code of Practice.

Asked if he accepted was a cultural downside with sexism in parliament, Mr Johnson informed reporters in Bury: “It’s hard to say on the basis of that particular story.”

Labour chief Sir Keir Starmer insisted the complete tradition of parliament should change after the remedy of Ms Rayner as he claimed: “It’s sexist, it’s misogynist.”

He stated it was “up to” the Tory celebration what motion they may doubtlessly take, however careworn: “I actually think it’s a culture thing and therefore going after one or two individuals isn’t enough. We have got to change the culture.”