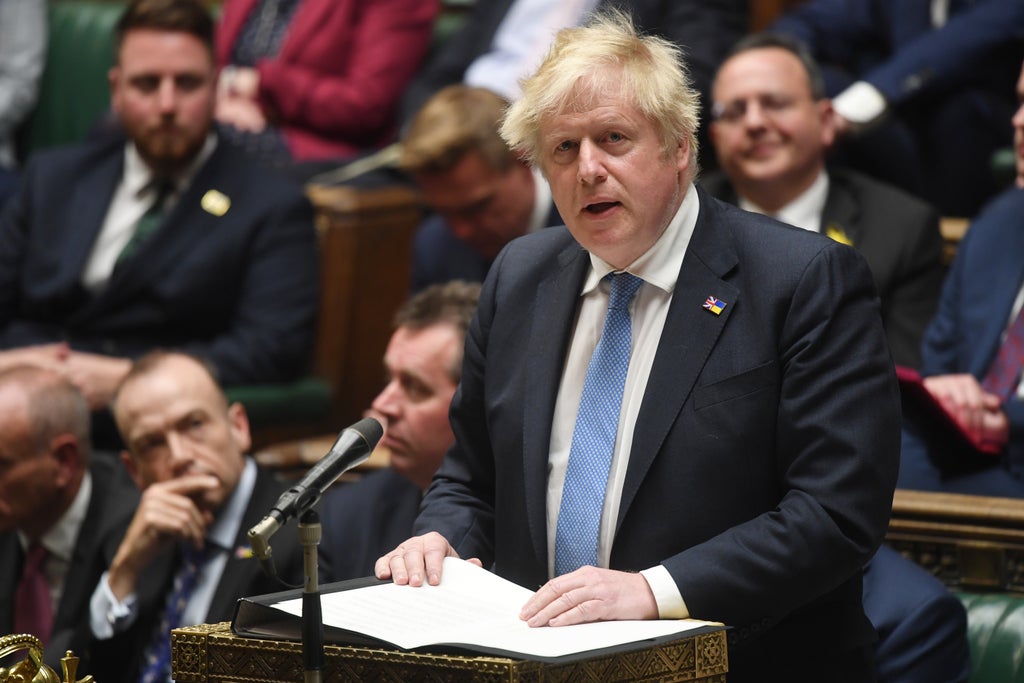 Boris Johnson has repeated a discredited claim about extra Britons being in work than earlier than the Covid pandemic – regardless of beforehand accepting a correction by the statistics watchdog.

The prime minister instructed the Commons on Wednesday that they had been “more people in work than there were before the pandemic”.

It is similar claim that the UK Statistics Authority had beforehand scolded him for making in parliament – saying it was merely “wrong”.

Mr Johnson has sought to make use of figures displaying that there are tons of of 1000’s extra individuals on the payroll than earlier than the pandemic started.

But the figures don’t embrace the self-employed. The whole variety of Britons in employment – as soon as the self-employed are included – is greater than 500,000 decrease than earlier than the pandemic started.

UKSA chair Sir David Norgrove beforehand wrote to Mr Johnson to say “it is wrong to claim that there are now more people in work than before the pandemic began”.

Asked by the Commons liaison committee final month if he accepted Sir David’s correction, Mr Johnson stated: “Yes I do … I took particular care today, mindful as I am of Sir David’s chastisement on all occasions, I stressed it was payroll employment I was talking about.”

But Mr Johnson once more talked about “people in work” with out referring to payroll on Wednesday.

He instructed PMQs: “We’re going to get on with delivering for the British people, making sure we power out of the problems Covid has left us … More people in work than there were before the pandemic.”

The Full Fact group responded: “The prime minister has just said it *again*. There are *not* more people in work now than there were before the pandemic began. There are half a million fewer.”

The prime minister did use the excellence later at PMQs, nevertheless, when he stated that there have been “more than half a million people back on the payroll than there were before the pandemic began”.

Mr Johnson and his ministers have made at the very least 27 false statements to parliament because the 2019 election, and have did not appropriate them.

A latest investigation by The Independent – working with Full Fact – has discovered that the prime minister made 17 of those statements.

None of the statements has been formally corrected – a course of that’s required below the ministerial code. Will Moy, chief govt of Full Fact, stated it amounted to a “crisis of dishonesty”.

On Wednesday, Labour printed particulars of its try to instigate an investigation into whether or not Mr Johnson misled parliament in his preliminary response to studies of Covid breaches at No 10.

MPs will on Thursday vote on a movement which, if handed, would refer him to parliament’s privileges committee to think about whether or not his conduct amounted to a contempt of the Commons.

The movement – signed by the Westminster leaders of the Liberal Democrats, SNP, Greens, Plaid Cymru, SDLP and Alliance – highlights feedback made by Mr Johnson in the Commons on 1 December and eight December, together with an assurance “that all guidance was followed in No 10”.